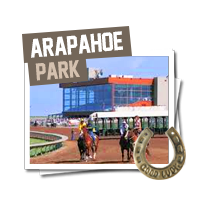 Operated by the Mile High Racing and Entertainment group, Arapahoe Park the premier horse track in Colorado. Located in Aurora, CO, Arapahoe Park offers live racing on Fridays, Saturdays and Sundays with a meet that runs for 13 consecutive weeks from May to August. Race fans can enjoy Thoroughbred, Quarter Horse and Arabian Horse racing from the spacious indoor grandstand or outdoor bleacher seating. Simulcast wagering is offered year round.

Currently the only live horse betting race track Colorado, Arapahoe Park is named for the county it is situated in. During the summer meet, the 32 working barns are always bursting with activity. The track itself is a one-mile oval with a dirt surface and a 1,029' stretch run. 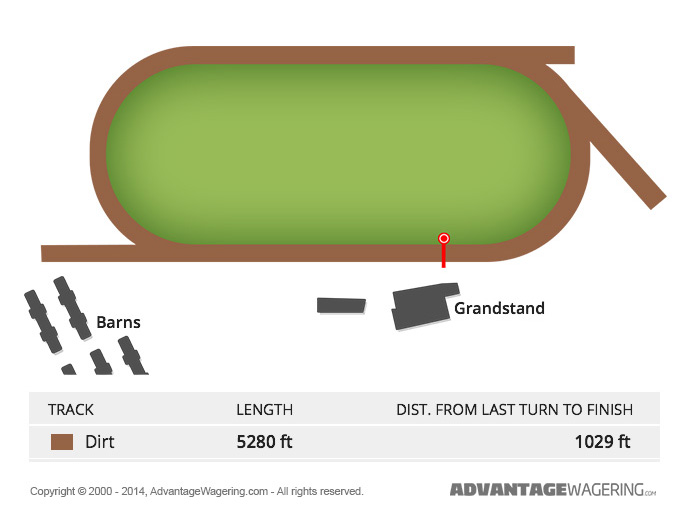 Though you won't find million dollar purses being handed out at Arapahoe Park, this jewel in the Rocky Mountains in home to a wide variety of stakes races. From the $40,000 Inaugural Stakes race held on Opening Day in May, to the meet closing $130,000 Mile High Futurity in August, Championship horse betting action is alive and well in the State of Colorado.

Many mid-range purses are offered in races at Arapahoe Park early in the summer meet but the action and prize money really heats up in August. It begins with the $100,000 Arapahoe Park Classic that is open to 3-year olds and up and is run at a distance of 1 1/8 miles.

With a purse of $100,000 on the line, the Gold Rush Futurity has become a lucrative and appealing race for two-year-olds. As an evidence of the growing popularity of horse racing in Colorado, the race was bumped up to a six-figure race and has produced winners that have gone on to compete all around the country in graded stakes competition.

The Mile High Futurity showcases the diversity of the racing product at Arapahoe Park and features Quarter Horses. The race offers a lucrative purse of $130,000 and is run at the traditional distance of 400 yards.

The Colorado Derby is one of the premier stakes races that Arapahoe Park offers and is held typically in the middle of their racing season during the summer. In 2014, the race was won by New Mexico invader Rebranded who romped by double-digit lengths. The $40,000 race is contested at a mile and a sixteenth.

Find the best odds for your horse online and place your bets within minutes !

Ever a Derby Winner With Better Credentials Than Nyquist?

Tampa Derby Worth Another Look as KY Derby Approaches